Seventeen of the UK’s biggest independent media agencies have joined forces to launch an ad campaign that promotes the £1.8bn indie sector as the destination of choice for progressive brands.

The “Land of independents” is launching nationally today (14 September) with a series of vintage-style outdoor, print and digital ads that are inspired by classic travel campaigns.

Created by Creature, the ads invite advertisers to escape to an idyllic destination with the call to action: “Visit the land of the independents.” There is also accompanying copy that advertises how independent agencies are growing “five times faster than the rest of the market” or that “Owner-managed, independent media agencies always give you their full attention”.

The ads promote a new website, landofindependents.com, which lists more information on all 17 agencies taking part in the initiative, including their accolades and awards.

Andrew Stephens, co-founder of Goodstuff Communications, instigated the campaign, which is also being spearheaded by the7stars. However, all 17 media agencies’ leadership teams agreed on the media plan and creative brief, which is to show indie agencies have united values.

The aim, Stephens told Campaign, is to “put independent agencies on the mental shortlist for as many clients as we can, from FTSE-100 to Series B”.

An initial seven media agencies were founding partners of the project and all of the top-20 UK independent UK media agencies (according to 2019 Nielsen billings) were invited to take part. The project does not include digital specialists or full-service agencies.

“Independent media agencies are innovative, entrepreneurial, flexible and service-oriented,” Stephens added. “This unique collaboration aims to highlight how crucial we are to the UK’s economic recovery. Over the past three years, the independent sector has grown ahead of the market and this campaign will help ensure that positive momentum.” 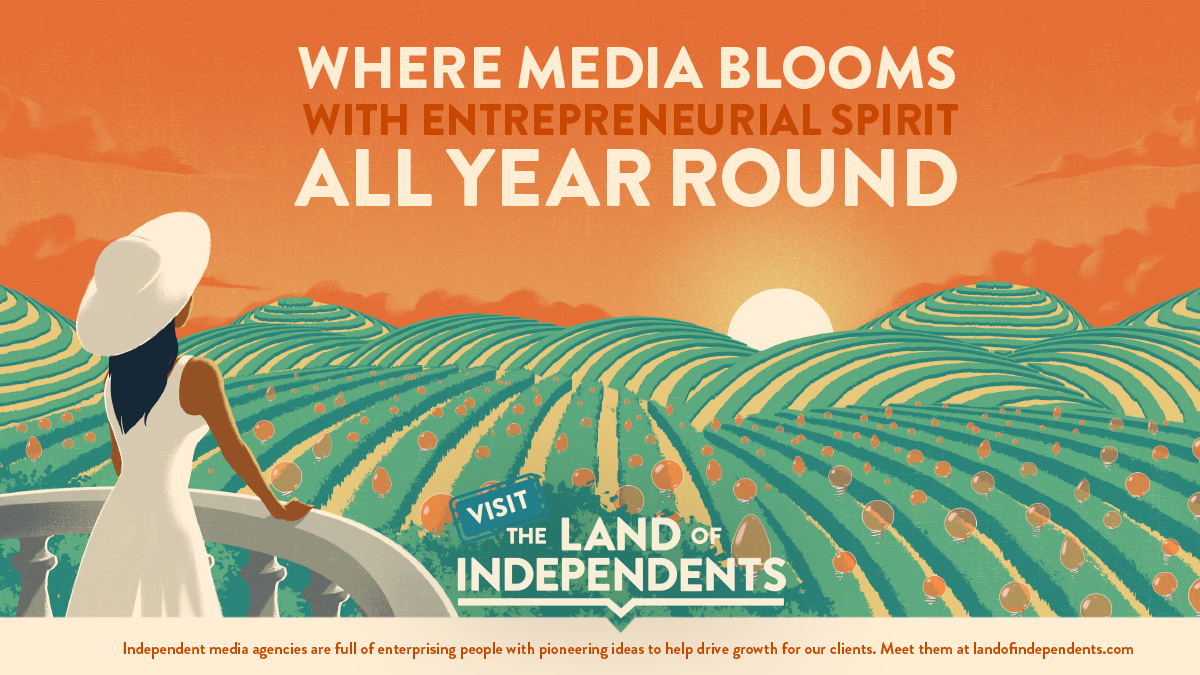 The collaborative effort came about after a series of meetings began in April between Goodstuff and other businesses, when the Alliance of Independent Agencies group (formerly the Marketing Agencies Association) began holding meetings to discuss how to improve diversity within indie shops.

However, the unfolding coronavirus crisis prompted wider business discussions to take place between agency bosses, including how they can support one another during a fiercely challenging time for the media industry.

“This crisis is demanding that we reframe ad messaging in new and unexpected ways. Independent media agencies are agile enough to do exactly that,” the7stars founder Jenny Biggam added. “We are typically built upon open, non-hierarchical structures to foster bold ideas and strategic clarity. It’s a formula for fast, impactful results.”

Each participating agency pays the same amount of money into the campaign, which is expected to run until the end of 2020 and possibly next year, too, depending on its success.

Dan Cullen-Shute, co-founder and chief executive of Creature, added: “There has been a genuine sense of excitement and collaboration of people who believe in what they’re dong and it’s been amazing to be a part of… In that first meeting it felt like we walked into a different land – we left adland, an introspective make-sure-noone-copies-your-answers territory, into a brighter, braver place.”

Rather than trying to position indie media agencies as “premium”, Cullen-Shute explained that the decision to use a vintage-travel ad style as portray “aspirational” values for prospective clients.

He added: “This warm, accepting, inviting digital language allowed us to be on the nose with what we’re talking about: people living in a wonderful world, where lots of money is being spent contrary, to what you might imagine… it shows [the sector] has heft, elegance and maturity.”

Goodstuff has led the project and built the website, the7stars is handling public relations strategy and publishing ads, while Total Media is in charge of digital, Republic of Media and AMS are handling outdoor, The Specialist Works is in charge of direct marketing.

The UK independent media sector is worth £1.8bn, according to Nielsen figures provided by Goodstuff.