For our first client spotlight, we sat down with Birch Community Founder, Chris King to discuss the journey of Birch from idea to reality and what lies ahead for the newly dubbed Hotel of the Year by The Sunday Times.

Tell us a bit about Birch

Birch was created by Chris and I to create spaces that give people a place they can do whatever they want to in a relaxed and informal manner and hopefully try some new experiences as well. In today’s environment that vision has evolved into a place that people are using in the week days to work , socialise and exercise from and to play from in the evenings, weekends and holidays. As our work / play boundaries have continued to blur over time and accelerated for many through the last 6 months, we wanted to create an accessible destination for people to easily escape to on a regular basis but get a high quality experience at an accessible price point. We take inspiration from the festival world where you have a broad range of people from social backgrounds and age groups, all mixing with one another in a free, non-judgemental environment and we strive to replicate that atmosphere and state of mind at Birch. 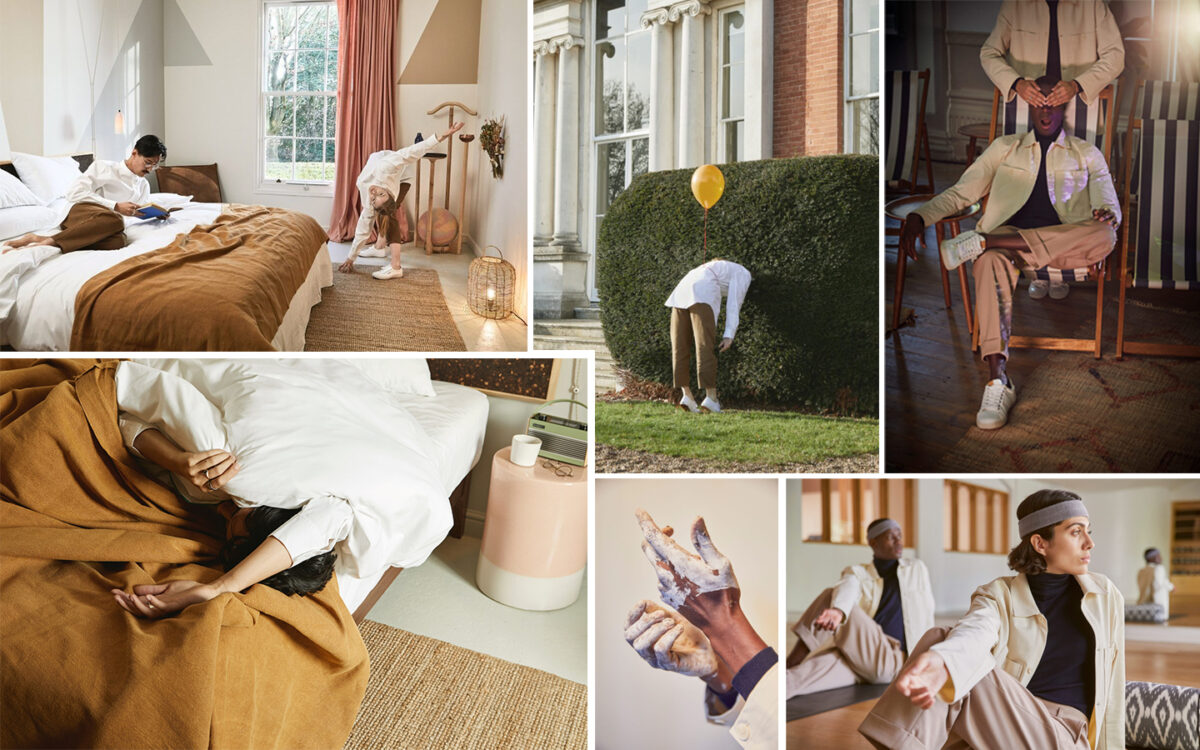 Where did the idea for Birch originate and how long has it taken to become a reality?

It’s taken nearly four years for us to take this from an initial idea through to the doors being open and people now enjoying it every day. Obviously, the C-word held up plans this year, as we were initially set to open in April, but that was pushed back to August. None of us could have imagined that we would be opening in the middle of a global pandemic but that’s exactly what we have done and are currently surviving. Now we are loving seeing people using the spaces in all the different ways we created them for, even despite everything else that is going on in the world and it’s so satisfying to see some of the positive feedback and impact we’re having on people’s lives right now.

What’s the concept behind Birch’s quirky campaign and tone of voice?

We wanted to create a brand that has community at the heart of it, and we could think of no better way to illustrate this than by representing that community through our visuals. That’s where the idea came from for the animated illustrations you see throughout the visual identity. We’ve tried to be brave with many of our decisions in creating Birch and keep a sense of fun throughout which has led to a very unique approach to our tone of voice and our creative assets and we want to continue to challenge ourselves and each other to keep this ever evolving and never standing still but hopefully we’ve set the tone by now.

What do you believe has contributed to your recent Hotel of the Year accolade?

This was a huge surprise for us but an overwhelmingly positive one. To be recognised so quickly and in such esteemed company by the Sunday Times was a huge boost for us and all the team in what is still an extremely difficult time to be operating. We had a vision of what we wanted Birch to become before the pandemic but i think the time that everyone has had to themselves through the last 6 months has probably shifted people’s priorities in life for the better. We try to offer a range of activities and classes that teach people new skills or give them a chance to re-engage with a forgotten hobby or something they enjoyed as a child perhaps. Traditionally these things are difficult to access in busy work lives but by bringing them all under one roof, or under the trees and onto the lawns, we’re able to offer a great range of experiences from glass blowing to gong baths in a really accessible way and price point. I think it’s the curation and delivery of these experiences which goes above and beyond the lip service some hotels give to activities or their wellness programmes. It’s hugely important to us so we’ve invested heavily and continually review and improve this on a weekly basis. It would also be unfair and remiss of me not to mention Robin Gill who has been fabulous and fun to work with in equal measure and he’s really helped put us on the foodie map with the hugely well received Zebra Riding Club Restaurant but also overseeing the quality of output from The Bakery, The Store and Valleries.

Birch is a brilliant example of a modern business with sustainability at the heart. How fundamental was this to your organisation and what were the challenges you overcame while making it happen?

Sustainability is a common reference these days and we don’t claim to be self-sustainable but we do give a shit about everything we do and will strive for better day by day and month by month to have a lesser impact on the earth we all share. Through the design process the reality is it’s still a commercial challenge to make the best environmental decision we would want to make based on any given budget and supply chain but by sourcing from brands and procurement companies that do recognise their impact on the world, we will always make the right choice for the good of the planet where we can. We inherited a site which was hugely neglected so we’ve started the process of re-investing in the grounds, in the soil and literally sowing seeds for the future of Birch but these things take time to nurture and grow so hopefully as our plants and animals grow over time, we’ll be more self-sustaining than we are today and continue to improve over time.

What are your plans for growth given the huge success of Birch’s launch? Are there plans for expansion?

We’re cautiously optimistic about the future of Birch but there are so many factors we can’t control not least our government, the virus or any vaccine being found. That aside we are very excited about the future of Birch and are actively looking for other sites in the UK to compliment Handle Silk Comet but also have our eyes and ears open for somewhere under sunnier skies or near other creative hot spots like Amsterdam, Lisbon and Berlin.