Following our last piece on whether to invest in advertising this autumn, the question that seems to follow is “but what happens if we see many people lose their jobs?”. For over 90% of our clients, the unfortunate yet inevitable impending wave of job losses will have no impact on revenue this Christmas. This will only come from whether they continue to invest in advertising, and whether their messages motivate the audiences who can still spend.

For context, we recognise that this is a very sensitive subject, and our description of the broader economic reality may seem brutal to those who have friends or family who have lost their jobs. However, the even more brutal reality is that unless we who can still supply goods and services promote them, and stimulate spending, the economic contagion will damage companies who are still healthy, and spiral employment further downwards.

Firstly, the doom and gloom. This supply-side, not demand-led recession is like no other. It’s not caused by companies lacking access to investment capital and loans as in 2008, but because the government has shut down, restricted or regulated the supply of many ‘out of home’ services.

At the time of writing, 25% of the UK population is in some form of local lockdown and unable to meet, eat and drink with friends. Eat Out To Help Out helped restaurant and pub numbers build to 85% of what they were in August 2019, this has fallen to 71% as of the end of September (Google mobility data) and it will no doubt fall further.

Only a few of us are travelling, with the number of global commercial flights only half of what they were a year ago at the end of August. There are 60 countries to which a UK resident may travel and return from without self-isolating for 14 days, but few of us will wish to travel to the Falklands or Pitcairn Island; and Australia, where our government is content for us to go, will not let us in. 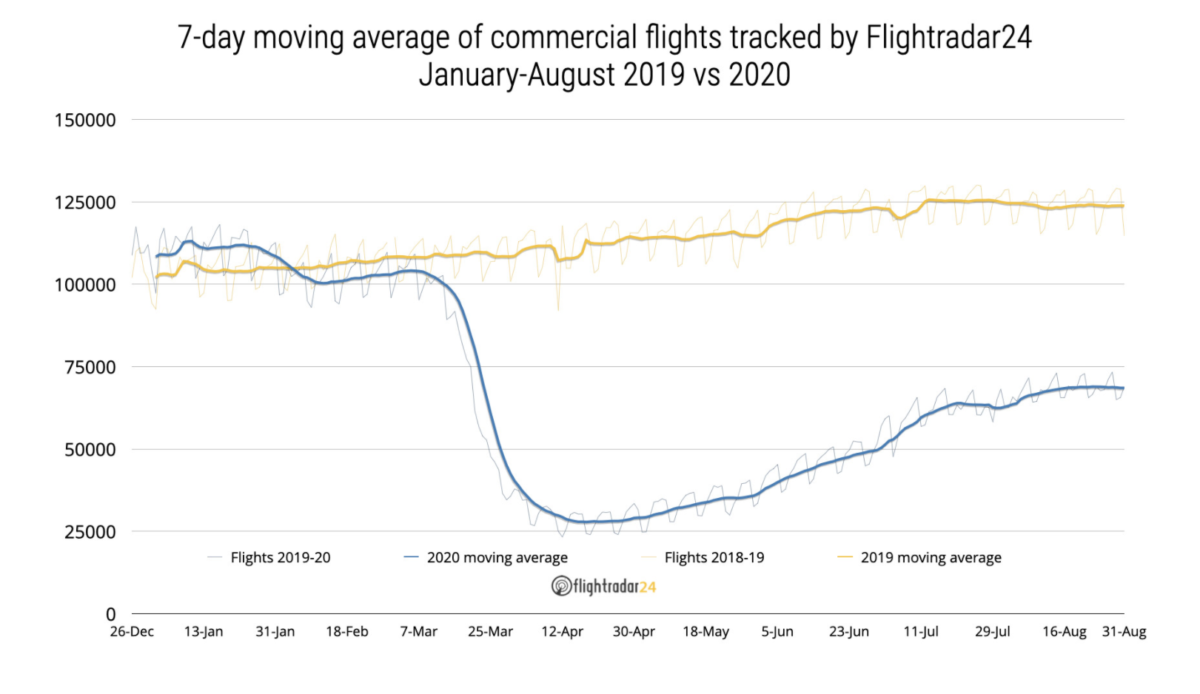 Nearer to home as of 20th September, cinema revenues are 78% lower than the same weekend last year. Essentially, organisations offering a product or service that relies on an audience being out of home for a long period of time; in a crowd, especially of strangers, have seen revenues halve or more.

Secondly, the good news. As of August, we were all actually spending more year on year. Not a lot more, but a bit more. Barclays monthly UK consumer spending report which is created using real-time debit and credit card transactions showed we spent 0.2% more between 25 July – 21 August 2020 than in the same period in 2019. Not a huge change you might think but drill down and there is real growth.

We spent 30% more year on year on digital content and subscriptions. We spent 11% more on online goods, especially on household goods. So, we can create growth, particularly in goods and services that we consume in home, and we see either as a treat, as making our environment better, or (especially amongst the older generation) on making life better for others.

And lastly, the context. The best dataset we have for what we all spend on is the ONS Family expenditure survey, of which the last full dataset is for fiscal year 2019. On average each household spent £585.60 each week. Of this, 36%, or more than £200 per week, was spent on transport (that includes flights); recreation (live sport, cinema, package holidays); and restaurants and hotels. Let’s be generous and assume spend here has halved – that’s 18% of the weekly spending power or c£142 billion per year. Our educated bet is the actual number will turn out to be higher.

At the moment much of that shortfall in spending is being saved. The chart below shows the increase in household saving rate across Europe. The ECB estimates that the average European household is saving c13 percentage points more of their disposable income in Q2 2020 than in Q4 2019. 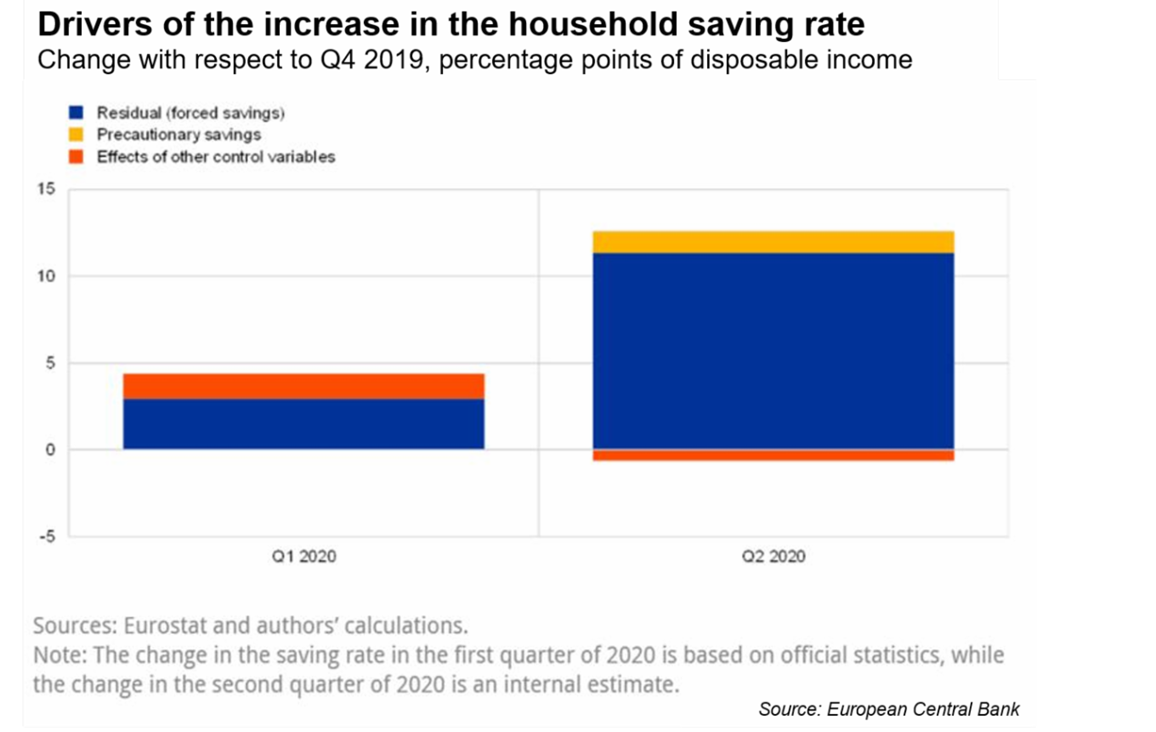 Michael Saunders, an external member of the monetary policy committee of the Bank of England, endorsed this view in a speech given on September 4th. His estimate was that household savings were up c.8% year on year, with £11.6 billion saved in June alone.

So how does the bad and good news balance? If another million adults become unemployed by Christmas, and we take the average household income of £29,600 (with no allowance for universal credit), then that’s £29.6 billion disposable spending removed from the economy.

While for the unemployed that is absolutely life-changing, for the economy as a whole it represents just one fifth, or 21% of the spending gap that exists between what we did spend last Christmas and what we are able to spend on now.

So, our advice: Sales will only suffer this Christmas if we see unemployment reach 7 million by year-end. Or if we don’t invest at least the same as we did in 2019; or if our messaging is seen as inappropriate or irrelevant. The first of these is out of our control, but unlikely. The latter two are within our control as talented and imaginative marketing professionals.