We’re so excited to present our long-awaited podcast, Unmuddled!

As the world of media, marketing and advertising becomes increasingly complex, marketers are under more pressure than ever to make smart decisions and fast. Unmuddled is here lend a helping hand by unpicking the key headlines, simplifying the growing complexities in the industry, and highlighting the trends and insights to fuel your marketing decisions.

In this pilot episode, Rik Moore, Niki Grant and Christian Taylor sit down to unpack the IPA’s aptly-named Making Sense report and what this means for marketers in today’s climate. 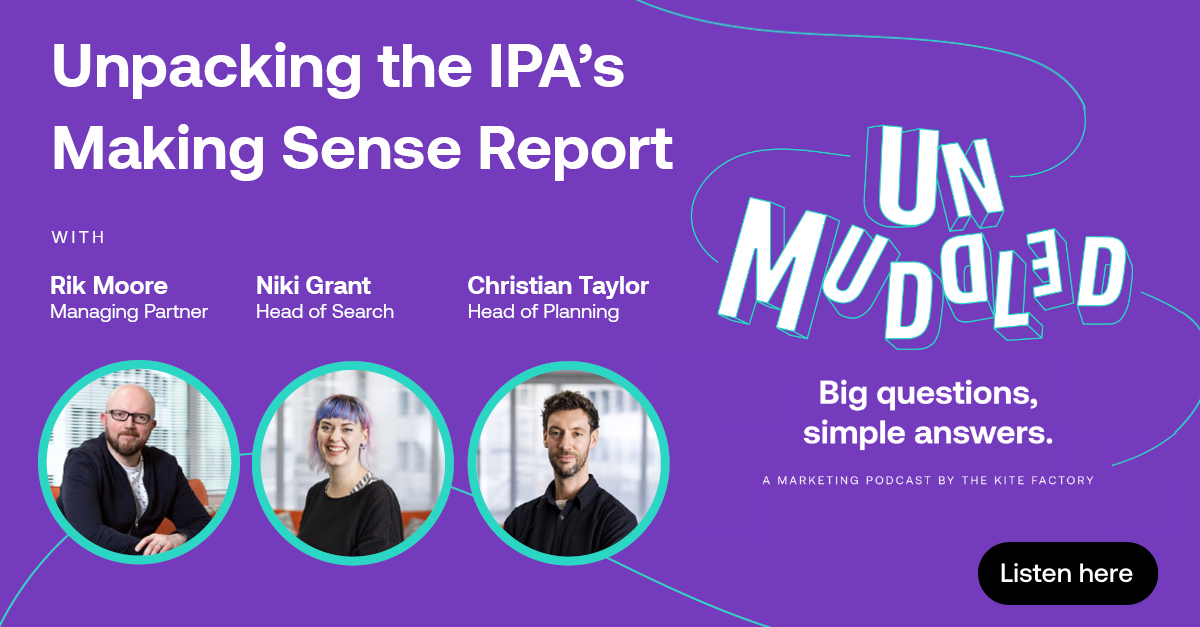