Following our recent guide on the Five ways brands can thrive in the age of Search Automation, Niki and Jodie sit down with Kirsten Pistor, VP of Operations at Squared.io, to unmuddle the world of Automation, it’s benefits and why it’s seen such a boom in Search.

Available to listen to here. 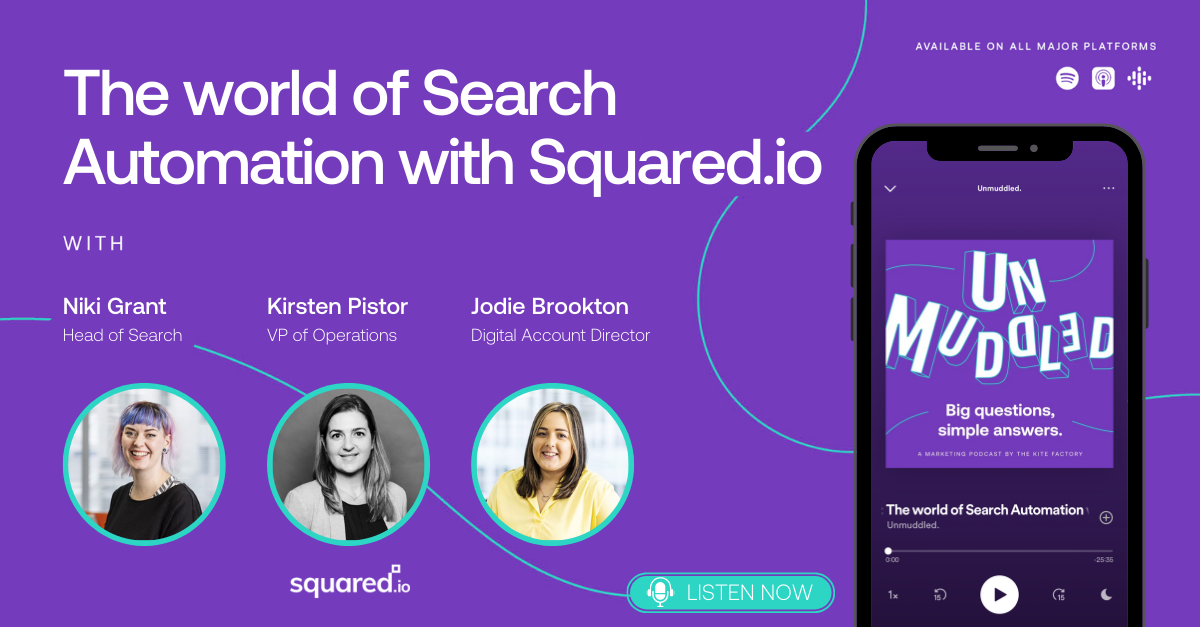