In this episode, Head of Digital Operations Gabby Krite, Head of Data Guy Hancox, and Senior Digital Account Executive Noora Valtonen sit down to talk about the complicated world of reporting in digital and how we can get the best out of our data.

Available to listen to here. 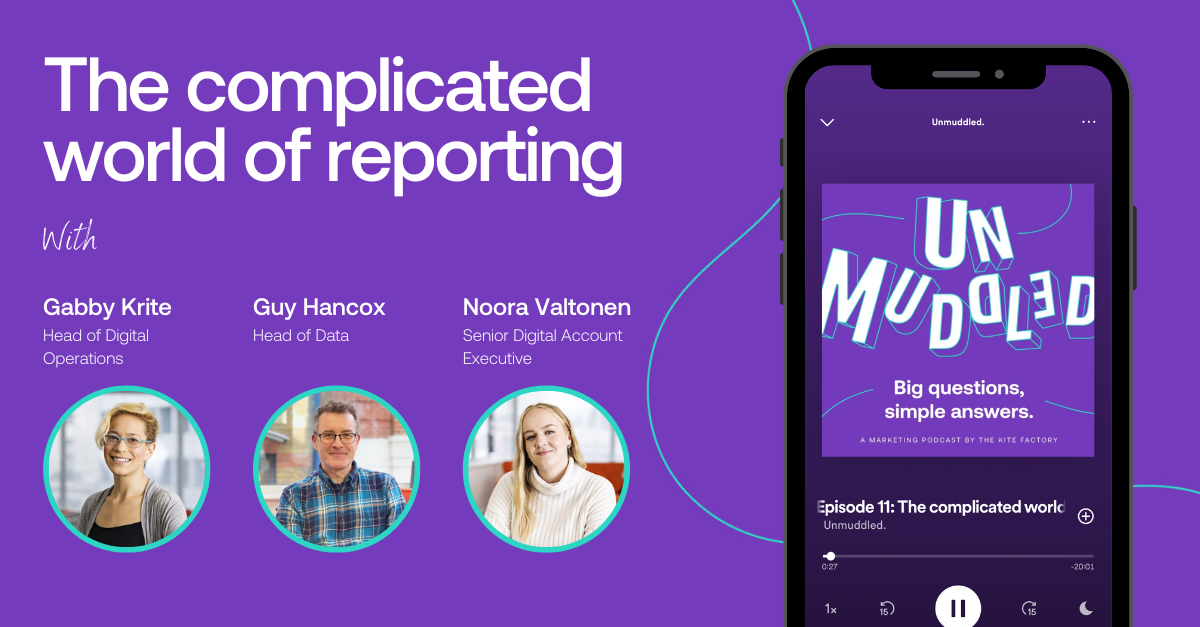